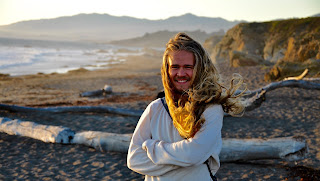 I still remember when I last year came up with the thought of organising the Prodeko USA project. Luckily I bumped into Lauri and Mikko who shared the same excitement. We decided to have a beer (or few) around this idea and the faith of this project was clear when everyone of us got just more exited when we started throwing more ideas on the table. When you gather three extremely motivated students around one thing there is really nothing that can stop it happening ;) 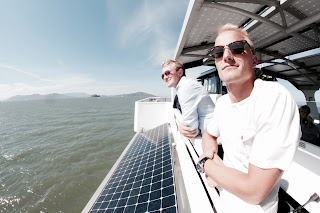 Right from the beginning the intra- and entrepreneurship were pretty clear choices as the main focus for the project because they have become significant subjects to Finnish economy only in few years. This can be seen many ways in Finland. The amount of startup companies has increased significantly. Slush event is gathering record number of investors and startups around the word to Helsinki and the low level non-profit entrepreneurial activity in Finland is the most active in the whole world.* We, students, have founded nearly 20 Entrepreneurship Societies around Finland, we have build the largest venturing event in Europe and send over 100 students to the best startups in the world in Silicon Valley. All of this only in the past five years. (* Creating university-based entrepreneurial ecosystems evidence from emerging world leaders, Dr Ruth Graham June 2014, MIT Skoltech Initiative)

So… we have only one thing in our mind. How can we do this all even faster, leaner and better! And what would be a better place to learn this intra- and entrepreneurship than United States. The place where the society is based on the thought that everyone can build their own dreams. Without questioning, US has the worlds biggest startup hub: the Bay area which include Sand Francisco and Silicon Valley. In that area alone there is 47 Unicorn (evaluation over 1 billion dollars) startups (non-IPO) and 22 Unicorn startups that went public (IPO) since 2010. The next biggest amount of Unicorns is 16 which are located in New York. On top of this the Unicorn count excludes all the major players that have head quarters in Silicon Valley like Google (which recruits nearly 1000 persons per month), Apple, Yahoo, etc. The Bay area also holds over 60% of the whole US venture capital money which is of course result of the vast amount of successful companies through out decades. (source: CB Insights, Mattermark SparkLabs Global Ventures) 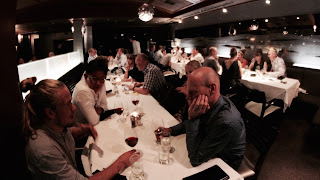 As I already said we also wanted to learn intrapreneurship which is actually the harder than entrepreneurship in many ways. That is the reason we headed to New York and especially to Seattle where we visited the Boeing and Microsoft. These giants have been re-inventing themselves for decades by developing internal processes and creating new products constantly. It is extremely hard to change the course of enormous companies and without mentioning the big changes in the company’s structure. Hence, we have seen big organisations fall like Kodak or the one that every Finn knows, Nokia. 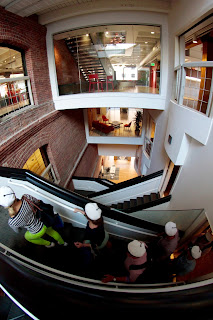 On January we had our first meeting with the whole team where we divided our responsibilities. That was the moment when the magic started to happen and 18 Prodeko students started working! Suddenly we had bunch of visits to big companies, startups, universities, local accelerators, a course to prepare us for the trip and interesting cases to work on. This whole journey of Prodeko USA project has been an eye opening experience for the whole project team. We have learned about the differences between Finnish and American working and corporation cultures, how development is done in small startups as well as in big organisations. One big learning has also been that how much the market size matters in the growing opportunities. We have visited the worlds biggest and most influential companies as well as the fast growing small bootstrap startups. These experiences made this journey priceless.

I want to thank Microsoft, Finnair, Nokia, McKinsey & Company and our other partners who made this all possible. It has been wonderful journey and learning experience for all of us and all the partners were part of this experience. Last but definitely not the least I want to thank the whole Prodeko USA team! Lauri, Mikko, Joona, Auri, Tony, Valtteri, Lotta, Jyri, Simo, Aleksi, Andreas, Pyry, Laura, Ville, Mikael, Marianne, Samuli ja Anna it has really been a pleasure to work with you all during this project!

Posted by Unknown at 8:54 AM No comments: 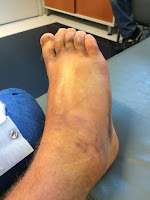 I would like to begin the #cippletravel story first by telling shortly what happened to my leg because some of you might start wondering. About three weeks before the departure to the US we were in Ukkohalla with Polyteknikkojen Raittiusseura (Pora) at a swamp football to
urnament. After winning the tournament between abstinence clubs I decided to go try out a wakeboard trail. I went to the jump for trying to make one new trick but landing wasn’t as smooth as in my dreams and shit happened. The result was almost as crushing as Pora’s goal difference against other teams. Water 8 - Joona 0. I got eight fractures, several fracture blanks, a plaster cast for six weeks and walker cast for four more…

We had already been working on this project for over half a year so I didn’t want to back up even though the doctor was trying to convince me otherwise. I would have the cast for the whole trip but I knew that this is once in a lifetime opportunities that I can’t miss. First I had to make sure that the other project members weren’t against it and I’m really grateful to my study mates that they weren’t going to leave me to Finland.

So the cripple started to travel on 14th of August with the flight to New York. First destination was New York, which is really beautiful city with many skyscrapers and different city regions which populate more than 1,5 times the population of Finland. That population is one of the most diverse in the world and that was easy thing to notice when we were walking in different neighbourhoods. Some of those neighbourhoods have really high violent crime rate. According to Address report article we were living in the most dangerous area: Brooklyn. I wasn’t afraid in but for some reason I was still alert in such places. Since I wasn’t able to run, my only defence was my Finnish crutches luckily with ice picks on them. I’m sure that those were the one that kept criminals away from crippled.

After three days of walking in NY my wrists started to have some issues. Pedometer showed almost 15kilometers for the first day and 10 for the second. Temperature in NY reached almost 40°C during the day and didn’t go under 20°C at night. Because of the Gulf Stream moisture level in the area was high which didn’t help with the sweating. Our plan for that day was to cross the Brooklyn Bridge. However, I didn’t want to give up and wanted to see more of that beautiful city. Crossing the Brooklyn Bridge was the hardest walk for me during the trip. At that point I wasn’t able to give weight to my broken leg and I had already started to get abrasions to my palms. After crossing we went to visit the top of the World Trade Center One and got to experience their offerings for crippled.

I bet everyone would prefer to travel in full health but I still found some benefits when travelling crippled. If staff from different places recognized that you were injured, they usually offered access to the fast line. Usually you can also take your fellow travellers with you. According to my experiences and observations, Americans take all the pleasure out from that so why not enjoy that ourselves.

After one and a half week of walking from place to another my crutches were in really bad condition and walking didn’t feel good anymore. Rubbers were worn out so badly that metal part came out from the covers. At that point we were in Silicon Valley and we decided to find new ones, but sometimes it is easier to say than to implement things in the US. We decided to start searching new crutches from the local hospital. First question that we were asked there was that “Are you members of the hospital? Oh, then you are not able to get treatment here”. After short detective work we found out that they don’t even have crutches at that hospital. In the US you have to find a place that sells medical equipment’s to regular people. Even that the Finnish health care system is not the fastest, getting new crutches is something that we can take for granted.

By the time we were getting closer to LA I had already changed the regular cast to the walker cast and I was able to put some weight on my foot after two weeks of travelling. That made moving easier and my wrists didn’t get that sore anymore. The best part was that I was also able to walk on Venice Beach carefully without the cast but with crutches (hopefully my doctor is not going to read this). However, there I experienced the most painful moment of my trip. Having to watch people surf the waves without being able to join…

In Las Vegas I recognized that most of the time I was already walking without the crutches. So healing had been continuing and I was able to carry my own backpack easily even for longer distances. However, we were still using the benefits of crutches and the walker cast at the airports.  #becausewecan

After Vegas I kept travelling for one more week. First to Minneapolis and then to Chicago to see my friends. The journey had been awesome but I still had been waiting to get back to Finland for one reason - motorcycling. So it was great to be back in Finland and start the school year after many wonderful experiences with Prodeko goes USA -members.